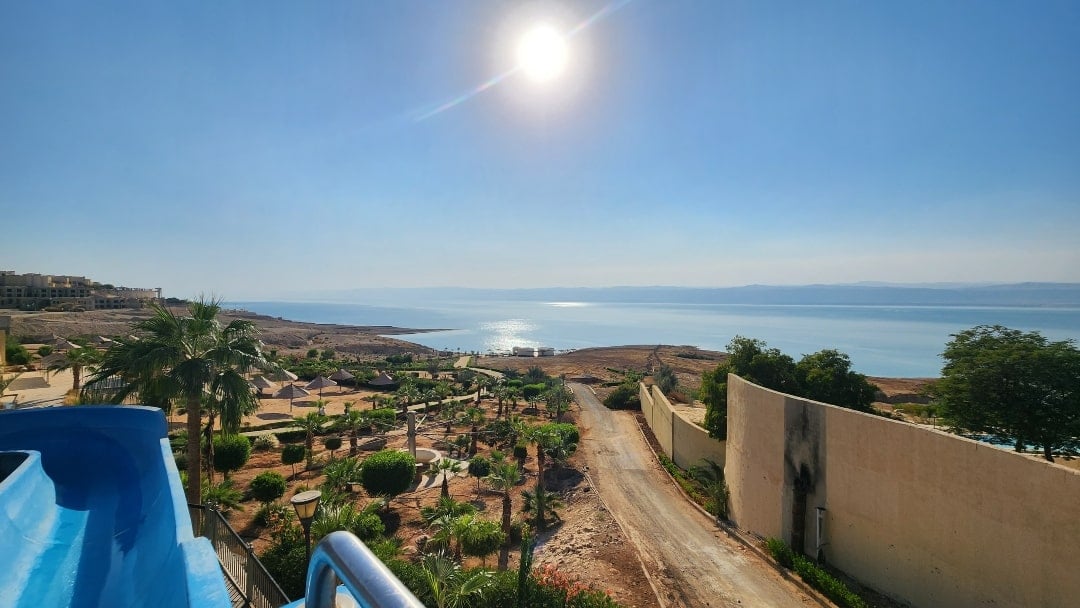 Are you wondering which side visiting the Dead Sea is better? Read along to find out!

I recently had the opportunity to visit Israel and Jordan and explored the Dead Sea from both countries.

In this blog post, I am going to compare the experience we had in both places.

What is the Dead Sea?

The Dead Sea is a landlocked sea that has become popular for its high salinity levels which can make you float effortlessly in its waters.

Most of the water is brought in by the Jordan River. However, it has no way to flow out of the sea and is forced to evaporate, leaving the salt behind.

The salt and minerals of the Dead Sea are used to create skincare products that are sold worldwide.

Where is the Dead Sea located?

The Dead Sea is located between Southern Israel and West Bank to the west, and Jordan to the east.

Therefore, it is located in the Middle East in the continent of Asia. 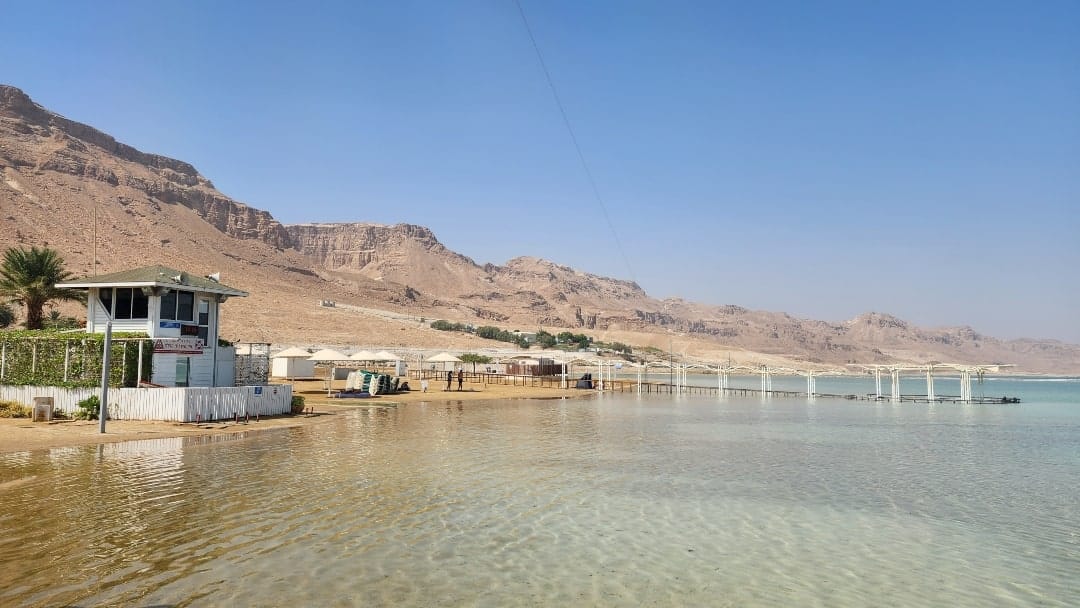 View of the Dead Sea, Israel

Why is the Dead Sea famous?

The Dead Sea is the saltiest body of water in the world. Its salinity is almost 10 times higher than the salinity of the ocean!

Also, the Dead Sea is the lowest land elevation on Earth – 430 meters below sea level.

When we were driving to visit the Dead Sea, I could feel my ears popping from the change in pressure. That’s how low the sea is!!

Why is it called the Dead Sea?