Opened in 2019, the new build Hotel Indigo Chester, celebrates the city’s long history. Artwork displayed on the walls, connects a contemporary hotel to Chester’s long history dating back nearly two millennia to the Roman occupation. The hotel also focuses on the city’s heritage as a racing venue too. 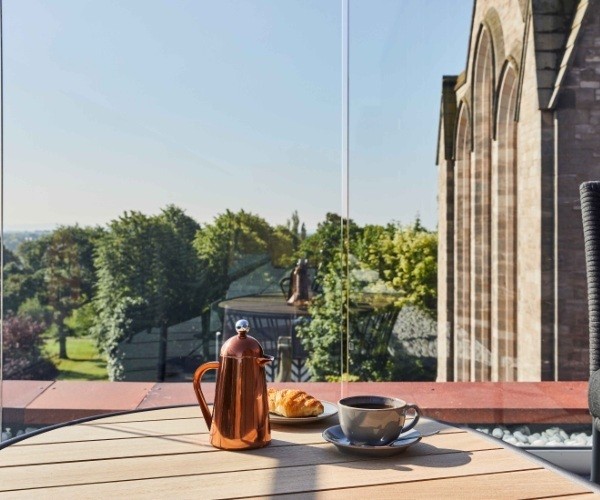 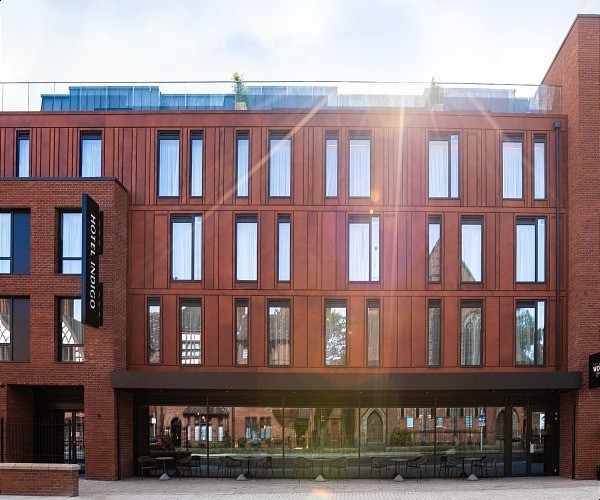 For the Romans, Chester was a fortress on the north-western fringe of the known world. The site of Deva, as it was then called, suggests that there may have been plans to make the city the capital of a Britain that would include Scotland and Ireland.

Many remnants of this grand Roman City, including an amphitheatre, are within walking distance of the 75-room boutique hotel in Chester’s city centre.

Arriving early, we grab a space in the Pepper Street multi-storey car park and walk to the hotel, asking reception to store our luggage. On check out, the hotel validated our parking ticket giving a considerable discount on the 24 hours parking rate. 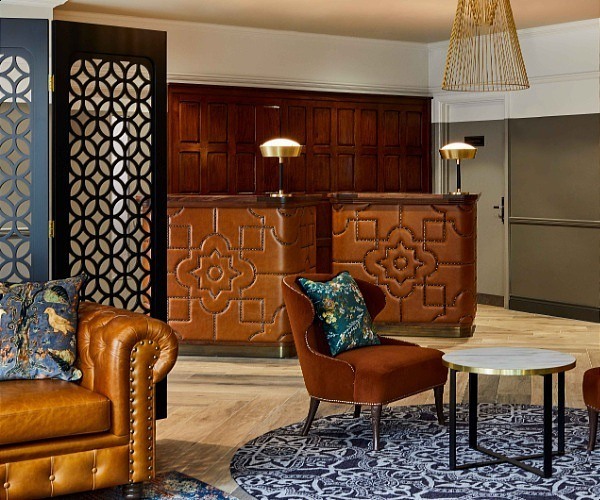 Returning from a walk through the black-and-white half-timbered houses of Chester, we find that our case has already been delivered to our room.

On the fourth floor our large room, of racecourse green and cream, has a balcony overlooking the red sandstone of St John’s church. A silver stirrup as knocker on the room door sets a horsey tone.

With a stable-style door to dressing area and leather saddle-strapping across the headboard there is a distinctly equestrian theme to the colours and textures of the decor. Artwork featuring horses and prize winners’ rosettes connects to Chester’s racecourse established in 1539, making it the oldest…