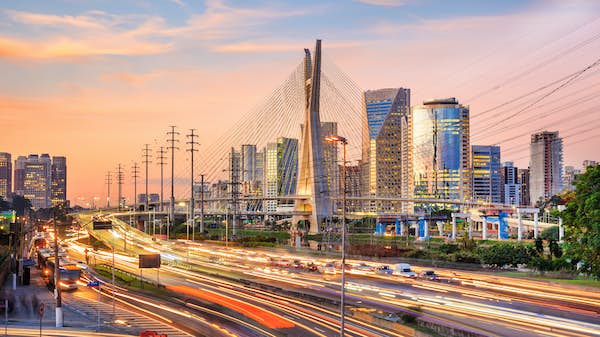 Think of Brazil and huge swaths of tropical rainforest, swampy wetlands, rolling grasslands, rugged plateaus and green mountains come to mind. You might assume that traveling around the world’s fifth-largest country would take a lifetime, but getting around this huge nation is surprisingly easy, though it can take a bit of planning.

These days, you can cross Brazil’s patchwork of ecosystems and unique topography in a variety of relatively swift ways, including traveling by bus, carpooling, using ride-hailing apps and flying to avoid long, uncomfortable journeys by boat across the Amazon.

Whether you come to Brazil for the vibrant cities, the rich history or the natural wonders. here are the best ways to get around.

Scout new ways to explore the planet’s wildest places with our weekly newsletter delivered to your inbox.

Because of Brazil’s gargantuan size – several of its states are larger than entire countries – flights across Brazil are handy and often necessary if you want to squeeze in multiple cities on a short trip, though there is a carbon cost. Depending on the distance covered, domestic air services are both pricier and more carbon intensive than traveling by bus, car or boat.

On the other hand, the alternative might be a journey of several days crammed into a bus or riverboat. All of the major cities have airports. Brazil’s biggest carriers, GOL and LATAM, offer regular flight deals if you book in advance, and they tend to be flexible about making changes to flights. Several smaller Brazilian budget airlines, including Azul, also operate services around the country.

You might be able to snag a discounted flight if you use this local travel hack:…