Cuba’s best food and where to find it 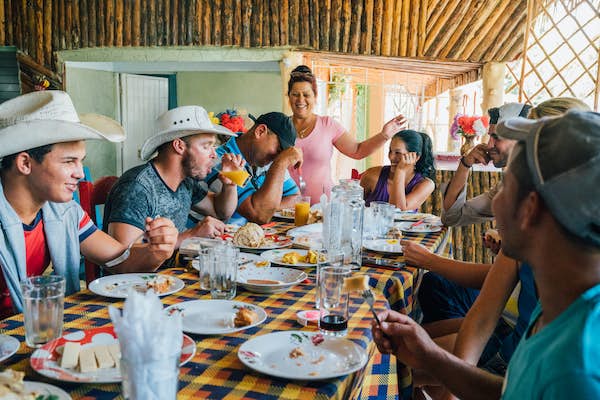 Cuban cuisine has come a long way in the last decade. Until the late 2000s, shortages were a way of life, and the nation’s default snack was a sandwich stuffed with tinned ham and rubbery cheese (the real Cuban sandwich is an invention of Cuban Americans in the US).

Reforms in the early 2010s widened the goalposts for private entrepreneurs, and innovative restaurants quickly began to proliferate. Today, with professionally minded chefs sharpening their creative knives, the country – despite the recent blip caused by the COVID-19 pandemic – is rediscovering its culinary roots.

Here are some of the best Cuban dishes and where you can taste them.

Ready to start planning? Sign up for our weekly newsletter and get 20% off your next guidebook.

Cuba’s national dish – slow-cooked shredded beef in a tomato sauce – was hard to procure during the Special Period, the era of economic austerity that lasted from the early 1990s until the late 2000s. Problems with the food supply meant private restaurants were prohibited from serving beef – killing a cow or illegally selling its meat could mean jail time. Fortunately, restrictions were relaxed in the 2010s and ropa vieja has subsequently leaped back into vogue.

The dish, whose name translates as “old clothes,” has Spanish roots. It’s said to have originated with Spain’s Sephardic Jewish community about 500 years ago, minus the tomatoes which weren’t common in Europe until the 18th century. Traditionally the meat was slow-cooked the night before the sabbath (when cooking was forbidden) to lend it an intense but nuanced flavor.

Spanish versions of the dish usually contain chickpeas, while the Cuban rendition combines shredded steak (flank, brisket or skirt) with peppers and onions in a rich…