Top Christian monasteries in Egypt that tourists can visit 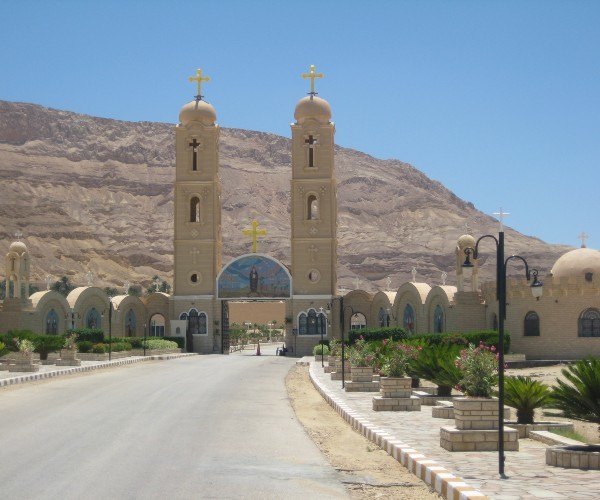 When it comes to religion in Egypt, the majority of us prefer to either think of the country’s prevalent religion—Islam—or, particularly in terms of tourism, of the country’s historic religion. Today, we’ll discuss about the Christian Monuments and Monasteries in Egypt. The majority of us find the beliefs of the god-king Pharaohs, the afterlife, and the idea of numerous deities fascinating, and these topics are frequently the focus of tourism. You may now be aware, though, that Christianity also had a significant historical impact on Egypt and continues to do so.

Early Christianity started to grow in Egypt in the first century AD and developed alongside Egyptian culture and language, eventually developing into the Coptic Orthodox Church, which is still in practice today.

The Red Monastery lies 21 kilometers west of the province of Sohag. It is regarded as one of the most important monasteries founded throughout the early history of Christianity. It is known as the Red Monastery because of the red bricks that make up the majority of its construction. Several pink and black granite columns, as well as white limestone, were used in the building’s construction.

Saint Bishoy founded the monastery in the early fourth century AD, but it was destroyed by two fires, the first during the Roman period and the second because of Berber attacks.

For decades, visitors to Sohag’s famous but decaying Red Monastery church saw only darkened, gloomy traces of what was once one of Byzantine Egypt’s most spectacular painted sanctuaries. At this important place of worship, the bright glories of those antique wall paintings have been restored.

The American Research Center in Egypt, which has sponsored much of the activities at the Coptic Orthodox monastery since 2003, has received funding from the US Agency for International Development….