Seljavallalaug swimming pool in South Iceland – everything you need to know 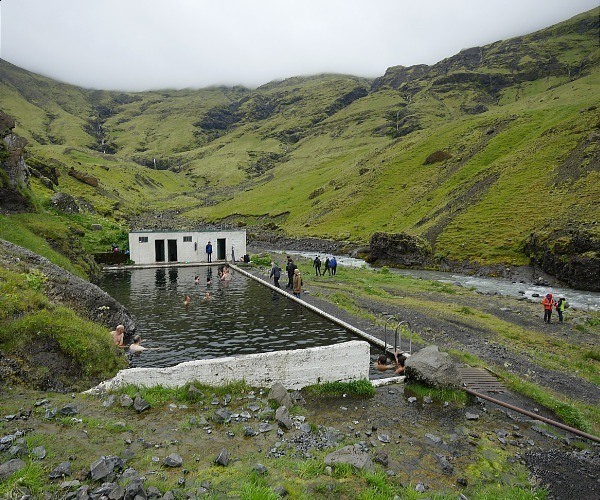 Seljavallalaug swimming pool is one and a half hours east of Reykjavik along the Iceland‘s Route 1 ring road that encircles the country. From there, follow Route 242 to the small car park that is used by visitors to the pool and located just to the south of it. This fairytale location can be found between Seljalandsfoss and Skógafoss waterfalls, which are a 15- and 10-minute drive respectively.

Built in 1923 by a local man in order to teach Icelanders how to swim, Seljavallalaug swimming pool is one the oldest swimming pools in Iceland, but pre-dated by the Secret Lagoon in Flúðir which dates back to 1891. It is 25 metres long and 10 metres wide, which means it was the largest swimming pool in Iceland until 1936. It has experienced few changes since its construction 100 years ago; it was filled with volcanic ash after the 2010 Eyjafjallajökull eruption, making it unusable for a brief period until volunteers cleared it out the following year.

Hidden away in the mountains of south Iceland, it’s popular with Instagrammers for its iconic location but often overlooked in favour of other attractions in the area such as the aforementioned waterfalls and the plane wreck, all of which are very close.

From the Seljavallalaug car park, it is just a 20-minute walk to the swimming pool. The route is fairly obvious, helped in part by following other people taking the same route. 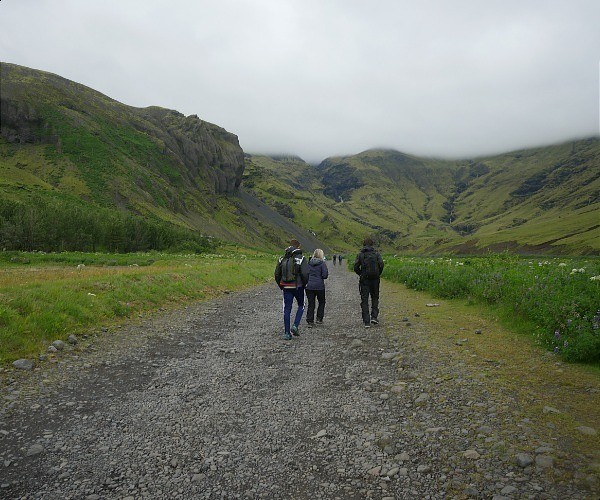 If it helps, here’s my Strava recording of our walk to the pool:

It’s just under two kilometres one way and mostly on the flat.  If you are feeling unsure on your route, note that you will not see the swimming pool until you get to the every…