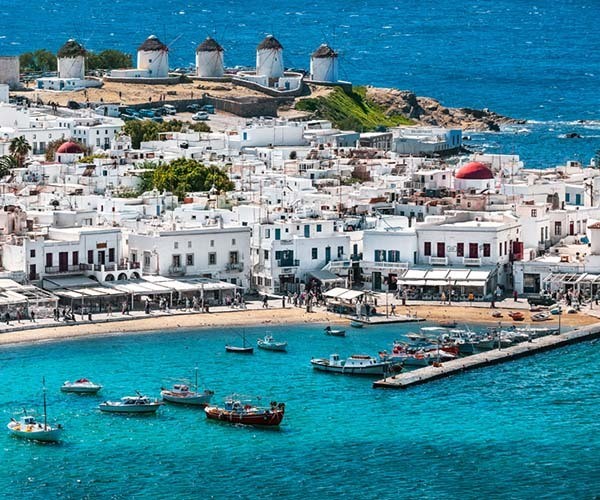 The Mediterranean is surrounded by Europe, Asia, and Africa and is connected to the Atlantic Ocean via the Strait of Gibraltar. The Mediterranean has over 150 islands varying in size. The five largest Mediterranean islands are Crete, Corsica, Cyprus, Sardinia and Sicily. Bigger isn’t necessarily better, some of the smaller island such as Mallorca and Ibiza have much to recommend them.

Thinking of the Med brings to mind images of clear turquoise waters and rocky shoreline cliffs. The many beautiful islands of the Med embody various cultures and countries. There’s a rich history spanning thousands of years. Over the ages many creeds and cultures have laid claim to the islands and left their footprint. They came, they saw, they conquered and I’m not just talking about the Brits in Magaluf. For some, these islands are home, for others, they are glorious vacation destinations.

On each of these islands, tourism plays a vital role in the economy. The number of tourists that Mediterranean islands receive every year is more than double the number of permanent residents! The high rates of tourism, however, has a huge impact on the natural resources of the islands, particularly on the freshwater. Because of this high demand and consequent overuse, the groundwater has become saltier and requires increased treatment. Mediterranean tourism is only expected to grow, and it is up to these island governments to ensure it becomes more sustainable for the environment.

A jewel in the Med, Mallorca attracts millions of tourists throughout the year. Visitors are drawn from all over the globe. Mallorca has it all. It’s a shame that in the past it’s been stigmatised as a playground for loutish behaviour, mud sticks. Mallorca is much much more than that. Palma, the capital has been voted the best place to live in the past….