The 10 best things to do in Zürich

Highly walkable yet with a chocolate-smooth transport system, Züri – as the locals affectionately call it – has world-class museums, a diverse social scene and a lakeside culture that’s hard to beat. Here are the best things to do in Switzerland’s largest city.

1. Study up on Switzerland at the Landesmuseum

Get a sense of the country at the Schweizerisches Landesmuseum (Swiss National Museum), housed in a 19th-century stone building near the train station. The permanent collection takes visitors through the country’s eclectic history from the Middle Ages to the present day.

The exhibits detailing Switzerland’s attitude to banking secrecy, neutrality, foreign migration and women’s rights (women obtained the right to vote only in 1971) illuminate recent history, while a formidable display of pikes and halberds from the Middle Ages shows how far it’s come.

Don’t miss the original 1862 edition of Henry Dunant’s account of the battle of Solférino, which inspired his humanitarian ideology and led to the formation of the International Committee of the Red Cross a year later. 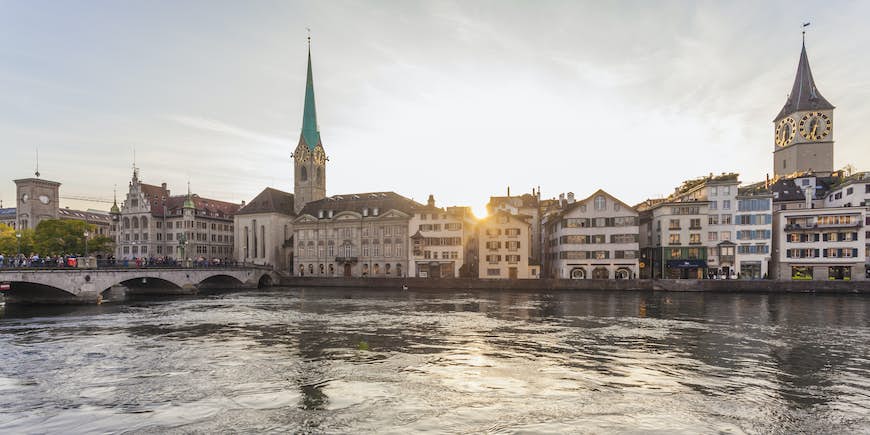 Standing tall on the left bank of the Limmat River, the Fraumünster is one of Zürich’s oldest religious buildings, founded as a convent way back in 853 CE….