Where to explore royal history in London 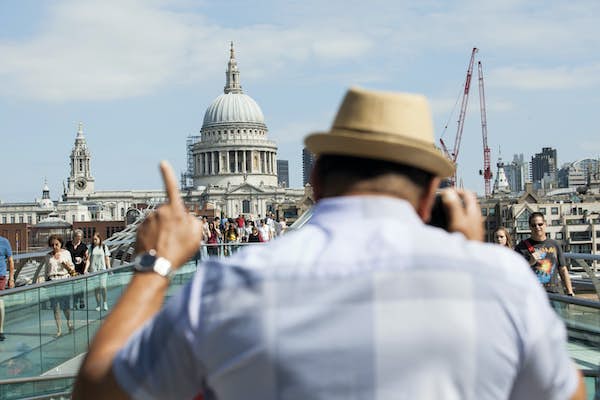 After 70 years of service, Queen Elizabeth II was laid to rest in 2022. Britain’s longest-ever serving monarch has been succeeded by King Charles III and as with all of the sovereigns that preceded them, the current Royal Family has left its own indelible imprint on London.

For centuries, British aristocracy has built palaces, landscaped gardens, paid for places of worship and had their legacy cast in bronze, stone and gilded-precious metals. Here’s the very best of Royal London, from Buckingham Palace to Queen Elizabeth II’s favorite supermarket, Fortnum and Masons.

Home of the reigning British monarch since Queen Victoria (r. 1837–1901), this grand neo-classical place in the City of Westminster is now the official London residence of King Charles III (r. 2022– ).

A triumph of neo-classical architecture, complete with a 20th-century Portland stone façade, the central balcony of the east wing is where the Royal Family appear during special occasions, including the Trooping of the Color, an annual military display that has marked the monarch’s birthday for 260 years.

Flanked by both St James’ and Green Park, crowds will often gather around the 25m-high Victoria Memorial, which looks out towards the Mall, for celebrations such as Queen Elizabeth II’s Diamond and Platinum Jubilees. Designed by sculptor Thomas Brock, it’s the tallest monument in England to be dedicated to a monarch. Marble Arch had previously stood in front of the palace as a cour d’honneur, until it was moved to the northeast corner of Hyde Park.

The Palace takes its name from the Duke of Buckingham, John Sheffield, who built the eponymous Buckingham House on this spot in 1703. Bought by George III (r. 1760–1811) in 1762, the Palace has been rebuilt and remodeled numerous times since. Much of what you see today is the…